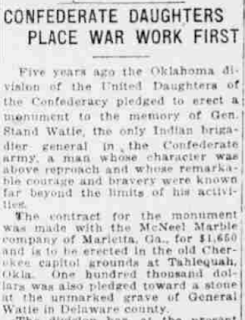 America is in the midst of an epidemic in which historical monuments across America are being taken down. The majority of these monuments are located in the South, dedicated to remembering the common Confederate soldiers, its leaders and the hallowed ground on which so much blood was shed as two factions of the American continent went to war over political differences.

Newly elected President Abraham Lincoln envisioned a Union with a strong central government in which the states would be subservient and Northern industrial interests would be protected. Political leaders in the South envisioned a more traditional path for the country in which the states would retain the majority of power and the central government would operate in a more limited role subservient to the states.

It was a bloody, costly brutal war in which (depending on whose figures are cited) 620,000 American soldiers died by combat , starvation and disease.  It is only natural that both factions honored those who served.

There have always been (limited) squabbles about Confederate monuments but no serious attempt to remove them was made until Dylann Roof walked into the Emanuel A.M.E. Church in Charleston, South Carolina on June 17, 2015 and shot nine of its African-American members.  Investigators combed through his social media accounts and interviewed witnesses which painted a picture of a young White supremacist who thought murder was the only way to advance his goals, the "cherry on top" (for those who had wanted to eradicate Southern heritage for years) was one picture found in one of Roof's social media accounts which captured him holding a Confederate flag.

Suddenly the mainstream media and liberal fringe groups acted as if the flag itself was guilty of the mass shooting. Calls for decisive action were made and (then) South Carolina Republican Governor Nikki Haley signed a bill into law which removed the Confederate Battle Flag from the statehouse grounds. It might as well have been replaced by a white flag of surrender. This single act was the signal that it was open season on all things Confederate and the preferred targets were the Confederate monuments.

The Southern Poverty Law Center quickly saw an opportunity to fill their coffers by focusing on these monuments (in an online article entitled "Whose Heritage? Public Symbols of the Confederacy") claiming:

"The dedication of Confederate monuments and the use of Confederate names and other iconography began shortly after the Civil War ended in 1865. But two distinct periods saw significant spikes.

The first began around 1900 as Southern states were enacting Jim Crow laws to disenfranchise African Americans and re-segregate society after several decades of integration that followed Reconstruction. It lasted well into the 1920s, a period that also saw a strong revival of the Ku Klux Klan. Many of these monuments were sponsored by the United Daughters of the Confederacy."

This claim is quite easy to dispel and it can easily be done by citing one newspaper article which was published in the June 15'th , 1918 issue of the Tulsa Daily World which reported:

"CONFEDERATE DAUGHTERS PLACE WAR WORK FIRST:
Five years ago the Oklahoma division of the United Daughters of the Confederacy pledged to erect a monument to the memory of Gen. Stand Watie, the only Indian brigadier general in , the Confederate army, a man whose character was above reproach and whose remarkable. courage and bravery were known far beyond the limits of his activities. The contract for the monument was made with the McNeel Marble company of Marietta, Georgia., for $1,660; and is to be erected in the old Cherokee capitol grounds at Tahlequah, Okla. One hundred thousand dollars was also pledged toward a stone at the unmarked grave of General Watie in Delaware county. The division has, at the present time, $1023.10 toward the completion of the monument and had hoped to finish their work by December, 1918. But like many other organisations, the U.D.C. has felt that the vital needs of war relief must come first and its members have turned their best energies in this direction. The general organization now has almost three full wards of ten beds each, $600 contributed for each bed at the American Military Hospital No. 1 at Neuillly, France. The Oklahoma division has furnished funds for one of these beds and is working on a second. The division feels, as does every patriotic American, that now Is the time to lend every possible aid to our government, so as chairman of this fund, with the approval of the McNeel Marble company, the state president, and the consent of the other chapters, $1,023.10 has been invested in W. S. S. and Liberty bonds until such time ns the organization may deem it advisable to continue this work."

This brings me to the point of the article. If the United Daughters of the Confederacy were fervently raising money in the name of Jim Crow , segregation and White Supremacy; Why were the raising money for the only Native American Brigadier General in the Confederacy and why did they divert the money raised for said monument to provide hospital beds for wounded American soldiers in France?

- Clint Lacy is the author of "Blood in the Ozarks: Union War Crimes Against Southern Sympathizers and Civilians in Occupied Missouri."

August 23, 2018
On the evening of April 14, 2014 Edwin Turlington, a U.S. Army Veteran and Private Investigator who lives in Delaware County, Oklahoma noticed two men starting a fire on adjacent property owned by his brother. Ed tells me, "When I purchased the property it was land locked so my brother purchased the property next to it so I would not have to get an easement."

"Found three strangers, including convicted drug dealer Darrell Philpott cooking Meth on land his brother recently contracted for and already acquired the right to possess. Relying on his law enforcement training and experience, Ed realized the men had taken the license plates off their truck, which is a significant indicator they were going out into the community with bad intentions. Ed executed a citizen's arrest in accordance with Oklahoma statutes. Rather than submit to t…
Post a Comment
Read more

"Laurin Stennis’ flag design has gained so much popularity that even those who order the flag want her autograph. She matched the colors exactly to the United States flag.
“I think those are wonderful colors and the symbolism is meaningful, but also this is a strong standalone but when you pair it with the United States flag they make a handsome couple,” said Stennis.
Nineteen stars circle around a large star, which represents Mississippi as the 20th state to join the Union in 1817. The large star is called Bonnie Blue.
Stennis had some help producing the flags with Complete Flag Source. To date, well over 2,000 Stennis flags have been sold."
According to the report Stennis' asks:
"Is our logo doing it’s job? I would argue absolutely not because every time it comes up we fight about and we get tense.”

Okay, where to start?
WREG reports that the flag is already very popular. That is false. Yes two thousand flags…
Post a Comment
Read more