On the evening of April 14, 2014 Edwin Turlington, a U.S. Army Veteran and Private Investigator who lives in Delaware County, Oklahoma noticed two men starting a fire on adjacent property owned by his brother. Ed tells me, "When I purchased the property it was land locked so my brother purchased the property next to it so I would not have to get an easement."

"Found three strangers, including convicted drug dealer Darrell Philpott cooking Meth on land his brother recently contracted for and already acquired the right to possess. Relying on his law enforcement training and experience, Ed realized the men had taken the license plates off their truck, which is a significant indicator they were going out into the community with bad intentions. Ed executed a citizen's arrest in accordance with Oklahoma statutes. Rather than submit to the lawful arrest or at least apologizing and promising not to return, Philpott, by his own admission, became combative and aggressive, picking up a glass bottle while Turlington held him at gunpoint. With Philpott coming at Ed from the front, and the other two trespassers maneuvering behind Ed, Ed shouted for Philpott to stop, but Philpott continued to rush toward Ed with the bottle in his hand. Finally, in fear for his life, Ed fired a single shot in self-defense. Ed is qualified "expert marksman" by the Military Police Corps. He fired the one shot down toward the ground, away from Philpott’s vital organs. The bullet hit Philpott near the knee at close range."

However, this is not how the media reported the incident. A local television station reported:

"Sheriff Harlan Moore said investigators worked through the night trying to piece together details of the incident that left one man wounded.

Moore said two men: Steven Barrett and Darrell Philpott, went to some property near the intersection of E370 and S690 to cut wood at the request of a third man who thought the property was in foreclosure. They also started a fire to burn trash on the property, a news release states.

Police say as they were leaving the logging road, a man in a black Ford pickup truck veered in front of their vehicle, forcing them to stop. The driver of the pickup, later identified as 45-year-old Ed Turlington, jumped out and approached the men carrying a small handgun.

Barrett, 31, and Philpott, 53, said the man cursed at them and made threats, telling them they were trespassing. Philpott told deputies he got out of the truck and "had an exchange of unfriendly conversation" with Turlington.

Philpott said as he turned away, Turlington shot him in the back of his right leg. Barrett and Philpott drove to a nearby hospital.

"Investigators determined the bullet entered Philpott's leg from the back side," Sheriff Moore said.

Turlington called 911 and identified himself as the shooter, saying the men were committing arson on some property his brother was buying, according to the sheriff.

"I didn't want to do it, but I couldn't get them to stop," he reportedly said.

Deputies took Turlington into custody, impounding his truck and recovering a .380-caliber semi-automatic pistol. They are requesting he be charged with felony assault with a firearm on Barrett and shooting with intent to kill Philpott."

Turlington is adamant that Philpott was shot in the front of the leg and has the evidence to prove it. Turlington has photos and other documents that prove Philpott was the aggressor.

Below is a picture of the entry wound on Mr. Philpott:

Mr. Turlington provides a picture of the exit wound in the picture below:


Turlington, points out that:

The only person at the Emergency Room formally trained to determine the directional path of the bullet was the Wound Nurse. The Wound Nurse examined the wounds, took measurements and determined the bullet traveled from the front of the thigh ‘toward the rear’, which is consistent with the truth, and my testimony."

Mr. Turlington states that prior to purchasing his farm the area was a known meeting place for drug dealers because of its secluded location.


"For the 8 years prior to my family acquiring it, this farm was held in foreclosure. During this 8 years, drug addicts had ripped out all the electrical systems from the house, and hay barn, and chicken coop, and stole all the appliances (even the toilet), and used the place as a meeting area for drug deals and to cook meth. The farm was ideal for this because there is a couple acres of woods between it and the county road, making the house invisible to passers by.

2 weeks after acquiring the farm, I caught strangers standing around a fire, directly under a “no trespassing” sign that was posted and signed by Vern Moss, the man my family bought the place from. The men appeared to be tending to a shake and bake meth lab", Turlington ads.

So the natural question is this; Why would local law enforcement go after Edwin Turlington when he caught a known drug dealer and his accomplices allegedly making "shake and bake" methamphetamine on land that belonged to his brother?

Mr. Turlington points out that the sheriff quickly turned the investigation over to the undersheriff who came to the conclusion that Philpott was shot while running away, despite photos and an emergency room document that indicate otherwise?

According to Mr. Turlington:

"This drug dealer I shot in self-defense was convicted of felony drug charges starting well over 30 years ago in Arkansas (for having a half a trash bag of narcotics. He was most recently convicted just last year in Arkansas on felony meth charges. In between those 2 convictions, he’s been charged and convicted for multiple crimes, including felonies and violent crimes such as spousal abuse, just over the border in Arkansas. At the time I shot him, this drug dealer had an active 4 year old warrant for his arrest from Missouri. Are you seeing a pattern here? He commits crimes in Arkansas and Missouri and gets prosecuted in Arkansas and Missouri, but he crosses the border into Oklahoma and commits all the crimes he wants and is immune from prosecution here."

He cites that Philpott did not go straight to the emergency room after being shot stating:

"Rather than immediately seeking medical treatment for his bullet wound, Philpott had his accomplices take him to a friend's house so he could change clothes first (Philpott's clothes reeked of Methamphetamine residue)."

"In my case, the prosecutor is basing his position on this convicted drug dealer’s testimony, and on a fundamental misunderstanding of the Sheriff's pictures of the wounds that show the exact opposite of what the prosecutor states they show. More importantly, it’s obvious that the drug dealer/snitch that I shot was being protected by law enforcement throughout the investigation."

"Still another instance of the Undersheriff hiding evidence is seen in the photographs he took of the trespassing scene. The night of the investigation, the DCSO took 112 photographs during the night of the investigation yet not one of them showed the “No Trespassing” sign that is between the pallet and the only road (East County Road 370) that accesses the area they were trespassing. In other words, the No Trespassing sign is impossible to miss. The investigator who took the photos intentionally left out the no-trespassing sign, which would’ve supported my version of events and showed the drug addicts were trespassing."

Editor's Note: I am adding a video Edwin Turlington recorded explaining this subject along with links for additional and more detailed information. 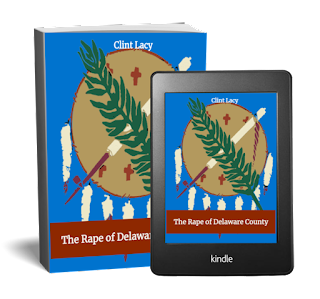 You can now read this incredible story in full by purchasing "The Rape of Delaware County" $10 paperback/ $.99 Kindle. 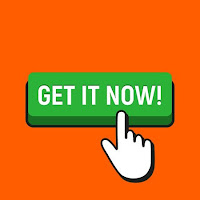 June 28, 2020
An Open Letter to Cape Girardeau Mayor Bob Fox, Cape Girardeau, Missouri Dear Mayor Fox, On June 12, 2020 KFVS-12 news interviewed a “community activist” who created a petition calling for the removal of a memorial honoring Southeast Missouri’s Confederate soldiers. In the interview Sophia Voss made a baseless claim that the statue was originally erected in 1931 near the old Mississippi River bridge on Morgan Oak street as a warning to African-American citizens traveling through the area. There is no basis for that claim whatsoever. KFVS also interviewed “community historian” Denise Lincoln who stated, “I think that if I were African-American, bringing my family through this area, and the first thing I saw was CSA, a monument to the Confederacy, this might be a town you just keep driving through.” I can’t help but feel that Mrs. Lincoln lacks professionalism and objectivity. If I were an African-American traveling through Cape Girardeau the first thing I would notice is the depleted co
Post a Comment
Read more

January 25, 2019
WREG News Channel 3 (Memphis , Tennessee) is reporting : Photo credit: WREG News 3 "Laurin Stennis’ flag design has gained so much popularity that even those who order the flag want her autograph. She matched the colors exactly to the United States flag. “I think those are wonderful colors and the symbolism is meaningful, but also this is a strong standalone but when you pair it with the United States flag they make a handsome couple,” said Stennis. Nineteen stars circle around a large star, which represents Mississippi as the 20th state to join the Union in 1817. The large star is called Bonnie Blue. Stennis had some help producing the flags with Complete Flag Source. To date, well over 2,000 Stennis flags have been sold." According to the report Stennis' asks: "Is our logo doing it’s job? I would argue absolutely not because every time it comes up we fight about and we get tense.” Okay, where to start? WREG reports that the flag is
Post a Comment
Read more